If you’re in a position where you can’t pay off your credit card debt, then getting out of it should be one of your top priorities. Some people love credit cards and never seem to get in over their heads, always paying the bills on time and in full and living happily ever after with their plastic in hand. But not everyone feels this way about credit cards, and many people find themselves in an uncomfortable situation because of it. If you’re one of these people or just want to get out of debt faster, you might consider cutting down on your credit card use. There are several reasons why you might want to do this, but these three should be enough to get you started. 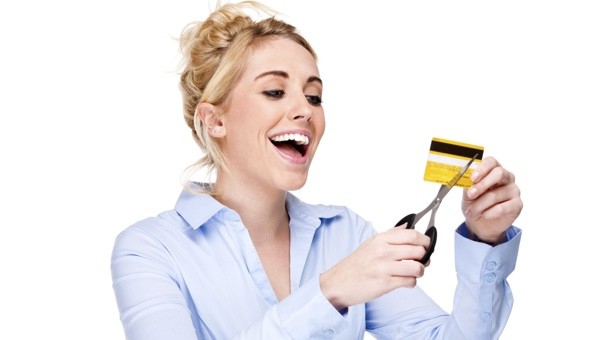 It’s true: If you use credit cards, you can get rewards or cash back—but that doesn’t mean they don’t come with a cost. According to The Motley Fool, carrying a balance can set you back $2,400 in interest each year. Plus, it could lower your credit score over time and affect your ability to apply for loans and lines of credit in the future. For many people, it makes sense to cut down on debt and preserve what money they have left over by using credit card rewards responsibly.

If you’re carrying credit card debt, your interest rate could be as high as 30 percent or more. That means if you’re only making minimum payments—which could be $20 a month—it will take years and cost thousands of dollars in interest to pay off your balance. And that number will continue to grow until it reaches its cap. Plus, because late and missed payments will ding your credit score and make it harder for you to access credit down the road, it’s important not only for financial reasons but also career-wise.

3. It can Hurt Your Credit Score

Creditors look at your credit score when they decide whether or not to lend you money. Having a higher credit score means that you’re seen as a safer borrower and will likely be offered better terms and rates than someone with a low score. With an established good credit history, like having no missed payments and staying well below your total credit limit, it can take five years or more for your score to drop by 100 points — but it only takes one month of missed payments or maxing out your card for that number to tumble significantly. In fact, around one in four Americans has a FICO score that falls into what’s considered poor territory, according to Fair Isaac Corp., which produces these scores used by creditors.

How to Attack Credit Card Debt

If you’re in deep credit card debt, it can be hard to see a way out. But there are ways you can turn things around—no matter your income level. Here are three steps experts recommend taking if you have credit card debt.

Pay More than the Minimum

Paying more than the minimum each month on your credit card will have a positive impact on your credit score. And if you can pay off all of your balances before they’re due, it’s an even better idea—it takes no longer than two years for just one missed payment to mar an otherwise perfect credit score. To improve your credit score and boost your chances of qualifying for loans and other types of financing, begin paying down high-interest debt as soon as possible. If you don’t think you can be disciplined enough to do that, consider taking out a personal loan—they typically carry lower interest rates and make it easy for people with poor or bad credit scores (or no scores) to qualify.

It can be tempting to keep charging on your credit card or take out a loan when you find yourself with unexpected bills. However, high debt levels lead to less-than-ideal scores, which means it’s harder for you to get approved for things like car loans and mortgages. So, if you’re planning on making big purchases in the future—like a new house—you might want to cut down on your spending so that it’s easier for you to qualify. After all, there are no shortcuts when it comes to building good credit!

If you’re carrying a lot of credit card debt, it might make sense to get that under control before you do anything else. This is because paying off your credit cards will improve your personal finances in a number of ways. First, it reduces your monthly expenses by getting rid of one payment per month. Second, it boost your credit score if you’ve been paying off debts for several months or more, which can help you build up other lines of credit later. Third, assuming you carry no balances at all—that is, assume that once your balances are paid off each month they don’t just shoot back up again—then consolidating all that debt into one bill could save you thousands of dollars over time.
PrevPreviousEverything You Need to Know about Unfreezing Your Credit Report
NextWhat is Credit Restoration?Next

What is Credit Restoration?

Everything You Need to Know about Unfreezing Your Credit Report